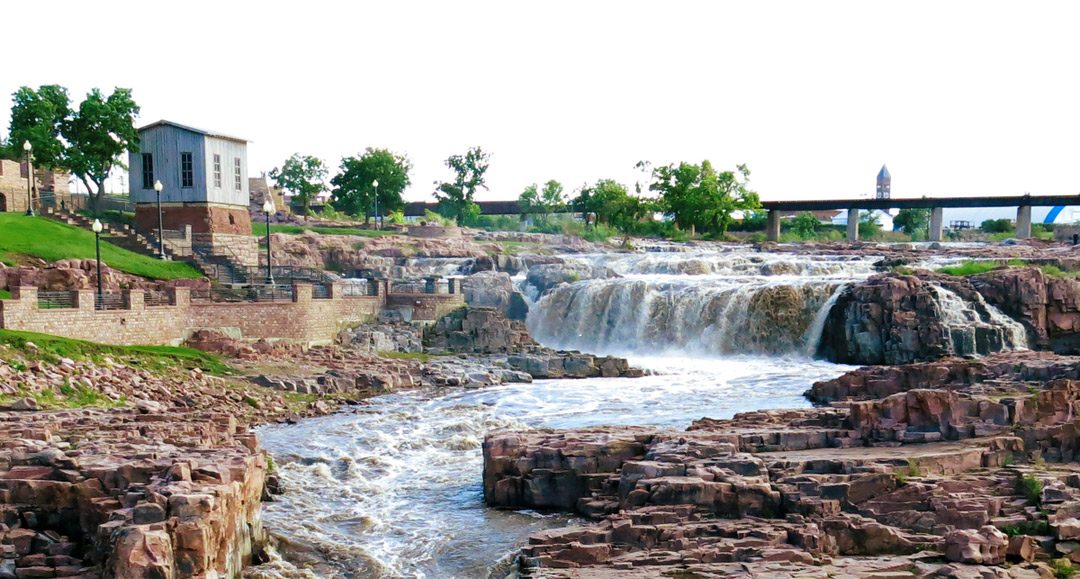 The chairman and CEO of Kampgrounds of America, Inc. visited Sioux Falls to present an award Monday and said his industry is having a robust year, with business up 12 to 13 percent nationwide.

“It’s an affordable vacation and people are staying close to home, and people want that family time together going shorter distances but staying longer,” said Jim Rogers, who has led the business known as KOA for 14 years.

Rogers was in Sioux Falls to present artwork associated with a lifetime achievement award to Rich Cutler, founder of the Cutler & Donahoe law firm. Cutler is KOA’s largest franchisee, with 10 locations throughout North America.

KOA started 50 years ago, and Cutler has been with the industry that long too, Rogers said.

“He’s a pioneer. He saw the benefit,” Rogers said. “And for an attorney to reach out in the camping business is unique.”

The camping industry is evolving to take a “soft rugged” approach, Rogers said. Campers want to cycle or climb during the day “but want a bed, a hot shower and a glass of wine” afterward, he said.

“To accomplish that you need a service element,” said Rogers, who also worked in the hospitality industry. “We think of it as outdoor hospitality, because we’re taking people from the backyard to the back country.”

Accommodations also are being upgraded to offer deluxe cabins and access to technology.

The industry has room to expand, however. Rogers cites industry data that only 15
percent of Americans went camping last year.

“We haven’t done a good job with ethnic diversity,” he said. “There’s big opportunity for growth”

South Dakota KOA business is up between 8 and 9 percent this year, Rogers said, but it’s also a competitive market.

“The Midwest (states) are very strong camping states,” he said. “You have an inherent culture for the outdoors and the challenge is keeping them in state because many other states are competing for your campers.”